In most states, a residential lease does not have to be in writing, if it is for a year or less term. Nevertheless, it is a very good idea to have it in writing for any term length. But if you do have it in writing, are the terms and conditions sufficient to protect you under state law? In other words, how do you know if you have a “good” lease?

First of all, the perspective matters. What’s good for a tenant is not necessarily, and, almost without exception, cannot be good for the landlord, and vice versa. You can be sure that if a landlord hired an attorney to draft a lease for her, it would look significantly different than one drafted for a tenant client. For this reason, without any doubt, the best lease for you will be the one crafted specifically for you by an attorney familiar with your state’s statutes.

Unfortunately, the cost of legal counsel causes most private landlords to look for other solutions. Many elect to use the generic leases commonly sold at retail office supply stores. Even though such leases have been usually drafted by an attorney, they are designed to avoid conflict with the laws of multiple states, and often times all fifty states. Because of this, these leases must be nonspecific. Bottom line-they are not designed to comply with state statutes, but rather to simply avoid conflicting with them. This is because the landlord-tenant laws of each state can and do vary immensely. So it’s not too difficult to understand why this kind of lease is better than no lease at all, but really not by much.

In many states, Realtors® use a standard form drafted by a committee at the state association of Realtors®. Usually, several attorneys sit on the committee, so Realtors® can be comfortable that the lease is legally competent. This lease is much better than the store bought variety, because it specifically observes state statutes and regulations. Unfortunately, because the committee designing this lease has no allegiance to either party, it crafts the document in such a way that it is fair to both landlords and tenants. The problem with such a lease is that in an effort to be fair, it ironically leaves both sides vulnerable. Surely, a skilled property manager can supplement the lease to benefit their client by adding a few choice special stipulations. But there is a limit to what can be done to undo the “given” by special stipulation. In any case, it is difficult duty to write such special stipulations without shining the light on the issues to such an extent that these acts would pass the scrutiny of an astute tenant prospect, thereby inviting question and debate, which is the last thing a landlord wants at lease signing.

Perhaps the most efficient alternative is to hire a professional property manager to represent you in the deal. But also make sure that this property manager has suffered the expense of producing an attorney reviewed, proprietary lease. Not a lease designed by a committee, which is fair to all parties, but rather one that is written specifically to protect your interests and rights under the law. 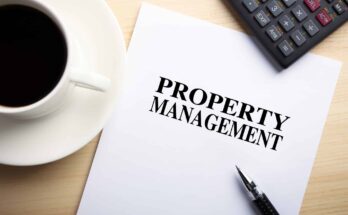 How to Optimise the Value of Facilities

Choosing An Investor For Your Demands When Getting a Great Property