It seems logical that the future of residential construction is going to be built with precast concrete. There are less and less people starting apprenticeships in Australia, namely bricklaying apprenticeship, despite the fact that the residential construction industry has been paying a tariff/levy/tax called the “brick levy” since the early 2000s.

The brick levy was a government introduced program which charges a “levy” to new homes constructed from brick/masonry products. A small charge is paid for the number of bricks used per project to the brick supplier (who in turn pays the levy to the government for administration).

Secondly, are there figures available that can show a direct correlation between the bricklaying levy and an improvement in the problem for which it was introduced to solve? Is the brick levy just another indirect tax used by the government to find money, to pay for election promises? I don’t know. I’m posting these questions seeking enlightenment.

The purpose of this levy is to provide funds to bricklayers so they may take on apprentices and teach more people the trade (to address the shortages).

So why then is the cost of bricklaying becoming so prohibitive and there seems to be less and less bricklayers available to do work?

The National Bricklaying Association works full time for its members to leverage the bricklaying rates higher, which is great for members. With rates moving higher and higher yet housing prices remaining fairly stagnant, and more competitive pressure in the residential marketplace, I feel we’re getting to an inflection point where house designs will change to remove hand-crafted elements like brickwork.

Bricklayers are going to become like Stonemasons. Highly skilled artisans used sparingly in the volume market or in lower application than they currently are. If there are not sufficient new apprentices coming through the training program and the existing trade base greys into retirement, the shortfall/labour base will continue to diminish meaning we will have to design around this labour shortfall.

This is where I believe precast will fill the void.

I know the natural inclination is to think “yeah, but it costs a heap more than bricklaying/brick veneer of cavity brick”. Yes, at the moment it does but we are reaching two diverging lines where the time and cost savings will meet then overtake the costs & waste (material and process) of bricklaying.

Precast seems like the logical choice to me for a few reasons.

Variations in appearance/surface finish are mitigated. No longer do we all have to fight to get a superior finished product. Surface finish is controlled in the manufacturing process and to quality assurance standards by the supplier in a controlled environment.

The supplier controls the manufacturing process and guarantees delivery dates – time efficiencies. Jobs can be efficiently scheduled because the manufacturing process is controlled (linear) and is not affected by onsite conditions. Having a manufactured process over an uncontrolled labour driven process means certainty in the building program. I feel that more and more elements of the building process will be carried out by suppliers rather than subcontractors. I don’t believe that subcontractors will disappear completely just the proportion of who is doing what onsite will change dramatically.

To this point, carpenters will be used even more than they currently are. I think they will start on site as early as the current “slab stage” and stay onsite until the second and final fix is done, which will coincide with the completion of paint works and the start of main floor tiling. The building program will compress further than it is.

Waste minimisation. Precast is a highly efficient process that minimises waste produced. With the rising costs of landfill, the near future of the construction environment we will work in will be one of a zero waste policy where we shall be penalised for using waste-producing processes (brick cuts, mortar, sand, pallet packing, straps). This will extend across all the materials we use on site, not just bricks. Each aspect of construction will evolve in consideration of this point.

I believe the use of precast is the logical next step in the transformation of the construction process. The building process has hardly changed in the last 60 years. We still build today as we did 60 years ago except materials have become more lightweight “read cost-effective” (hardwood frames replaced with manufactured pine and truss systems). Precast concrete allows builders to innovate the building process in a different way by changing the sequence of construction (more on this in a future post).

In summary, I see precast as being the logical next step in the evolution of residential construction because it will save time, eliminate waste while allowing for standardised quality appearances and greatly improving the building process. 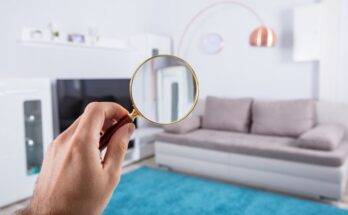 What to Expect in Paintless Dent Repair?

The Best Way to Buy Property Without a Loan